Back To Category Georgia
Title : 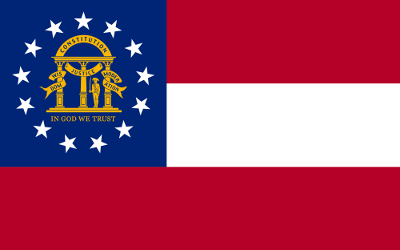 Georgia, which is shortly mentioned as GA, is one of the 50 states of the United States, situated in the in the southeastern area of the United States. It is surrounded by South Carolina and the Atlantic Ocean in the east, Alabama in the west, North Carolina and Tennessee in the north. The northern division of the state of Georgia is located in a mountainous collection in the Appalachian Mountain system called the Blue Ridge Mountains. The state was called after the name of the Great Britain, the King George II.

Georgia was the 4th state admitted to the union on the 2nd of January 1788. The total land area of Georgia is 59,425 square miles, which offers the state an area rank of 24 out of the available 50 states in the United States. In addition, water surface occupies 1,924 square miles of the total area of the state within its boundaries. There are 159 counties in Georgia among which seven counties such as Clarke County, Richmond County, Muscogee County, Quitman County, Echols County, Bibb County, and Chattahoochee County were recently formed simultaneously in the state.

As of 2010, there are 16 State Electoral Votes in Georgia. The State Quarter issue Date of Georgia is July 19, 1999. “Wisdom, justice, and moderation” is the state motto of Georgia.

Earlier than Georgia was occupied by Europeans, the state was occupied by the mound construction civilization. The British settlement of Georgia was discovered on 12th of February 1733 by James Oglethorpe. The colony was controlled by the Trustees for the organization of the settlement of Georgia in America under the agreement, issued by King George II. The Trustees put a complicated plan for the settlement of the colony into practice, called the Oglethorpe Plan, which visualized an agrarian culture of yeoman farmers and banned slavery.

Search the Web for More information on Georgia at LookSeek.com Search