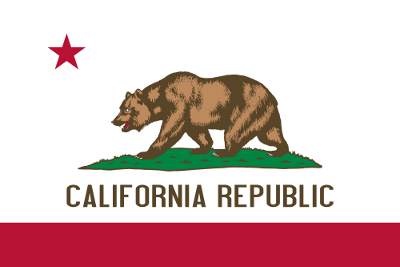 California is the 31st state admitted to the union on the 9th of September 1850. The total land area of California is 163,694 square miles, which offers the state an area rank of 3 out of the available 50 states in the United States. In addition, water surface occupies 7,928 square miles of the total area of the state within its boundaries. There are a total of 58 counties in California among which the Imperial County was the most recent county formed in the state in the year 1907.

As of 2010, there are 55 State Electoral Votes in California. The State Quarter issue Date of California is January 31, 2005. “Eureka” is the state motto of California.

California includes both the maximum and minimum points in the neighboring United States, such as Death Valley and Mount Whitney, and has the third longest shoreline next to Alaska and Florida of all the 50 states. Earthquakes are a frequent incident in California, owing to the location of the state beside the Pacific Ring of Fire. At least 50% of the fruit produced in the country is currently cultivated in California, and this state as well, leads in the cultivation of vegetables. Other significant contributors to its wealth comprise education, aerospace, high-tech industry and manufacturing. If it were a nation, it would be the eighth or ninth biggest economy in the world and the 34th most densely inhabited.

Search the Web for More information on California at LookSeek.com Search