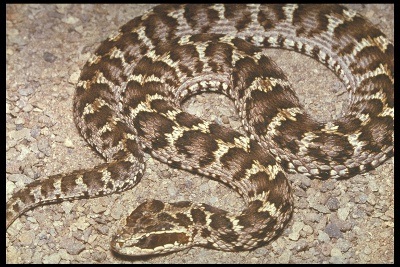 Facts about Yangtze Mamushi snake. "Scientific name for Yangtze Mamushi snake is Gloydius blomhoffi siniticus". commonly referred to as the Japanese Mamushi or simply Mamushi is a venomous species of pit viper which is native to Asian countries including China, Korea and Japan. The snake species is named in honor of Jan Cock Blomhoff, previously the director of the Dutch trading colony in Nagasaki, Japan from the year 1817 to 1818. The venomous Yangtze Mamushi snake lives in various ranges of habitats which includes the marshes, swamps, open woodlands, meadows, montane rock outcroppings and rocky hillsides some can also be found habiting the rice paddles which are located in China.

Even though there have been claims that the Yangtze Mamushi snake occurs in the Ryukyu Islands, there have been no evidence, according to Conant and Gloyd, to support the claims.

The venom of the Yangtze Mamushi snake does not vary widely in relation to both the effects and its potency among Japan, Korea and China. According to Yoshimitsu in the year 2005, the Yangtze Mamushi snake was the most venomous snake in China, Japan and Korea. This was determined after performing some series of tests which included an LD50 measurement in mice that followed an intraperitoneal injection in the range of 0.3 mg/kg to 1.22 mg/kg.

It is important to note that the Yangtze Mamushi snake’s venom usually contains haemolytic toxins in high ranges. However, the venom also contains two neurotoxins which include a beta-toxin that is a pre-synaptic inhibitor and an alpha-toxin which is a post-synaptic inhibitor. Due to the fact that the beta-toxin acts pre-synoptically, the immediate effects cannot be treated by anticholinesterases.

Recently, thousands of the Yangtze Mamushi pit vipers have been shipped from China to Japan for purposes of whiskey making and folk medicine. The harvest has taken its toll on the wild populations.

Search the Web for More information on Yangtze Mamushi Snake at LookSeek.com Search