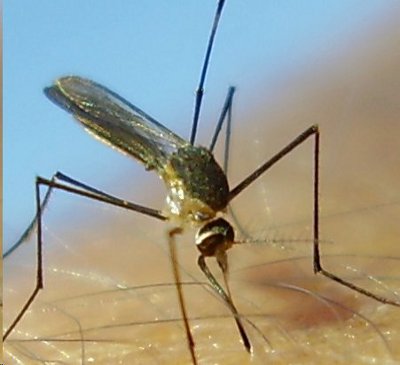 The population of Wyeomyia mosquito extends southwards from Newfoundland to Delaware to the Gulf of Mexic. A large portion of the Wyeomyia mosquito population has also been spotted in Saskatchewan and northern Illinois. According to Curtis Best of the Central Massachusetts Mosquito Control Project (CMMCP), “Wyeomyia’s distribution corresponds to the range of the northern pitcher plants, Sarracenia purpurea gibbosa and Sarracenia purpurea venosa in which they complete their entire life cycle.”

Non-desiccation resistant eggs are laid in predacious pitchers with larger plants having more eggs than smaller pitchers. Eggs are laid in a systematic pattern in small batches. The female Wyeomyia mosquito deposit the eggs, on young leaves from the air, towards the end of the dry season, waiting to be filled with water.


The larvae are found within small water cavities, often within the pitcher plants. Like all other mosquitos – and even all flies, the Wyeomyia mosquito go through four stages in their lifecycles – egg, larva, pupa, and imago (adult). The first three stages are typically aquatic and last about 14 days depending on the ambient temperature. However, in dry or freezing seasons, the Wyeomyia mosquito eggs go through a diapause stage where their hatching is delayed for months, and resume with life when there is adequate warmth or water. In freezing regions, the eggs are frozen, stay as solid lumps of ice and remain unharmed throughout the season only completing their development later when the Wyeomyia mosquito are covered by water.

Search the Web for More information on Wyeomyia mosquito at LookSeek.com Search