Back To Category Astronomy
Title :

What is a Black Hole? 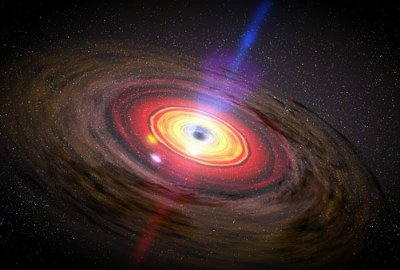 
A black hole is an area in space in which the gravitational pull is so strong that nothing, not even light, can escape it. Because light can not escape, black holes are invisible.

The gravitational pull is so strong because the center of the black hole contains a very large amount of mass contained in a small space.


When a black hole and a star are close together, high-energy light is made. This kind of light can not be seen with human eyes. Scientists use satellites and telescopes in space to see the high-energy light.

Search the Web for More information on What is a Black Hole? at LookSeek.com Search