What is HULU Streaming Service 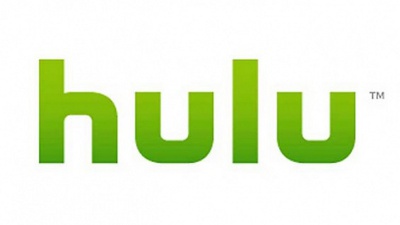 Hulu or HuluPlus is online service that let’s you stream instantly TV, Movies, and Trailers. But on Hulu you can watch shows that aired 24 hours prior, on regular television.

Hulu also carries movies that you can watch instantly…

And on top of that Hulu lets you watch movie trailers,

ok…wait… what, you can do that anywhere on the Internet.

You can also stream these movies on your Xbox and PS3.

Well I decided to give it a shot and try their one-week free trial to see what this was all about, and they didn’t ask for a credit card number.

T.V. Shows: You get pretty much the same as On-Demand except you get more shows and a few other channels that aren’t available there. Also during commercial breaks they throw in a quick 30-second spot for whatever. But as i see it, if you already have a DVR or cable, it’s useless.

Movies: Same exact thing as Netflix, except for one big, really big, No-No. They place commercial spots in the movie every 15 minutes or so, with no real place to put them. They just drop the commercials at a random time placement with no consideration for plot points. So you are immediately pulled out of the movie, to watch a 30 second spot for, I don’t know,,.. life insurance, or something like that. While they do have a few movies that aren’t available on Netflix, it doesn’t matter. If I wanted commercial to appear in the middle of a movie, I’d just watch T.V. Also at this point there are only a small amount of films available.

Trailers: Useless,.. Enough said, I don’t know what to say about this. There are thousands of sights online, and on consoles, to watch trailers.

Another quick note they do have things they call Clips. These are specific items such as movie scenes, T.V. scenes etc, it’s pretty much a Youtube, kind of gimmick. So what ever.

While this service is free for a limited time, they have another special offer. If you do join after the week is up you only pay $7.99 a month “For a Limited Time”,..wink,..wink,.. for the service.

All and all, this for someone who has Wifi service on their laptop and they're never at home. I personally wouldn’t use this, because I have a DVR and I already subscribe to Netflix. Also if I’m paying a fee, I do not want to see commercial littered throughout any movie, TV I don’t care about, but the movies,.. really. I think this is just the big studios trying to figure out how to jump on the streaming instantly band wagon, and if it works out in the long run, then good for them. But this is one pony that ain’t following the trail.

Search the Web for More information on What is HULU Streaming Service at LookSeek.com Search