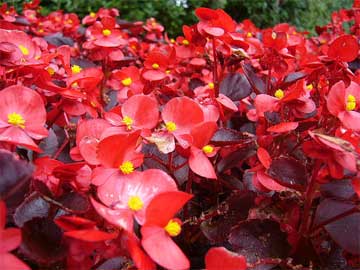 Facts about Wax Begonias Flower (Plant), "Scientific name is Begonia semperflorens". The Wax Begonias Flower (Plant) or also known as fibrous begonias are annual plants or perennial flowering plants that belong to the family known as Begoniaceae. This genus consists of about 1,400 varieties of species. They are native to the moist subtropical climates. Some of its species are commonly grown as ornamental house plants in the cooler climatic conditions.