The Legalization of Marijuana in the United States 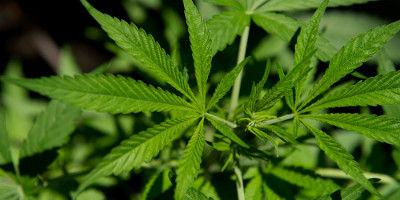 I would like to put out there my views on any possible inception of legalized marijuana. And I haven't smoked in awhile, especially like I used to back in the day. Personally I don’t care whether or not a law is passed in the United States, in the future, to legalize this quite innocent drug. My father once told me it was a stupid drug to be illegal in the first place, and he was a cop. To quote the Big Guy “You never hear of someone running over a bunch of school kids after smoking a joint.” And as a matter of fact this is the truth, whether anyone likes it or not. The last thing you want to do after smoking a joint is getting in a car, not that you can’t you just don’t feel like it. You would rather just stay where you are and watch TV, Play video games, and eat something really awesome (aka The Munchies).

In the case with alcohol, you want to drive fast, start fights, or go somewhere, like another bar and try to get laid. In 2010 there were 32,788 drunk driving fatalities, and this just drunk driving. I couldn’t find a number for alcohol, related abuse, over consumption, fight, murder, and stuff like that. What I found is that, in total and including vehicular related deaths, it is an estimated 75,000.

In regards to Marijuana, I looked and looked, and looked and all the research says the same thing, a big ZERO. Now even if the were anti-marijuana people out there they would have planted some propaganda, stating something completely different, but I got zip.

So what is the government so scared about, this is the magic question. I think they a just afraid of the unknown. What do they get out of the deal?? How are they to control a substance that anyone can grow in their own backyard??

First off, you are never, ever, going to be able to walk into a 7-11 or liquor store and buy weed, so get that out of your head, dude. The only way to purchase it would be marijuana dispensaries, and the government would tax the shit out of it, and you would have to be a registered user. In other words like today, the government, as well as Medical Marijuana dispensaries, you would need an I.D. and they would have you in the system as a user and have a record of your purchase dates. Now some people don’t care about being on some list, but this could also affect something somewhere down the line. There could be an issue with, let’s say a job, you would never get a government job, or be a pilot, cab driver, it would be all based on the employer and their companies standards.

Now in regards to personally growing your own, that's the one thing they can’t wrap their head around. Here a great story, a close friend years ago threw some seeds in his parents, who are old school Italians, large backyard vegetable garden. Now his mom didn’t know what it was, so she watered it, and took care of it, thinking it was some vegetable. Next thing you know he’s got a 6 foot plant full of buds in the backyard, so he quickly cut it down, yea that was a good summer hahaha Now back to the blog at hand. There is no real way for the government to control anything, once it becomes legal. So many people would be growing their own that they can’t constantly check with everyone. They could put a law limiting the amount you can grow for personal use, but they would have to go door to door, just to find out who is growing what and how much. Just because your growing a potent plant in you closet and it reeks doesn’t mean you growing a forest in the basement. What are they going to do watch for high peaks in your electric bill??

Also just to let you know marijuana is illegal in the Netherlands, as it is in the rest of the world. But it is considered a soft –drug as opposed to hard-drug. So it is pretty much left alone, as are the “Coffee Shops” because they have a limit of how many plants you can have and how much one person can have on their person at any given time.

So as for now it will still be illegal, until all the old-timey religious political leaders are dead and gone. And I bet, even then, we still won’t know what the hell to do with it.

Search the Web for More information on The Legalization of Marijuana in the United States at LookSeek.com Search