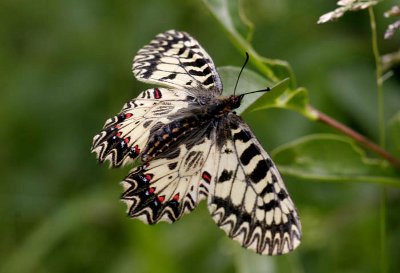 Southern Festoon butterflies live near sea level, and they aren’t found at heights greater than three thousand feet or 900 meters.

When Southern Festoon caterpillars become fully grown they will attach to an appropriate leaf or small branch, than they will shed the outside layer of their skin and a hard skin underneath known as a "chrysalis" will be their new look
An adult Southern Festoon butterfly will come out from the "chrysalis" than it waits a few hours for its wings to dry and fill with blood, before it takes its first flight.

Search the Web for More information on Southern Festoon Butterfly at LookSeek.com Search