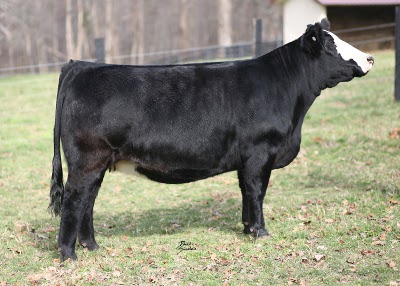 Facts about Simmental Cattle, The Simmental cattle can best be described as performance-tested beef breed that comes from a blend only the best strains of the breed. The Simmental Cattle breed originated from Switzerland and has since grown to become one of the dominant dual purpose breed, which is for both beef and milk. The Simmental Cattle has since spread to various parts of the including Africa, Australasia, North and South America. They are predominantly kept for beef production.

Description
"Fear of cattle Bovinophobia". "Scientific name for cattle Bovine". Simmental Cattle coat color varies from cherry red chestnut to blonde, with white markings on the belly, underside of brisket and the head. Its tail switch and legs are white, and also have white patches on its body. The Simmental Cattle mostly have dark pigmentation around the eyes with large eye patches. They have a short yet soft hair.

Simmental Cattle are well muscled, with long and dip body containing strong bones.
Simmental Cattle have horns and might require dehorning, but there also exist a strain that is polled.

Weight
A mature Simmental Cattle bull can weigh up to a maximum of 2,800 pounds (1270 kg)depending on the strain, and 1,500 pounds (680 kg) for the cow. It might take about 4 years for a Simmental Cattle to attain its mature physical size.

Characteristics
Though Simmental Cattle are masculine and big bodied, they have good temperament and easy to handle. One of the important characteristics of the Simmental Cattle breed is its excellent maternal feature. The cow can conceive as early as 15 months, and have a healthy calf and again re-breed while mothering her calf. This is a good feature as Simmental Cattle can maintain 365-day calving interval. A good strain Breed of Simmental cow can produce an average of 16 to 24 pounds (7.3 to 10.9 kg) of milk daily.

Simmental Cattle carcass is significantly heavier yet leaner compared to other European breeds, and has little waste. The Simmental Cattle do give a higher yield of good meat.

Traits to consider when going for milk-producing Simmental Cattle
For outstanding milk-producing strain go for cows with:-
Femininity and angularity throughout the head, neck and the shoulder region.
The Simmental Cattle ones that lactate heavily, and tend to be smooth on their muscle structure.
Check the shape and size of the udder as it’s most important. Quantity of milk produced will always be proportional to the size of the udder.

The Australian Simmental Cattle is one of high quality strains that are characterized by rapid weight gain, high fertility, high carcass yield, and excellent maternal qualities. The Simmental Cattle is the most sought after breed particularly for the profits it would fetch in the beef market.
Beef is consumed through out the world. Beef is eaten as roasts, steaks, and hamburgers. The other way it is used is meat by-products, this includes brains, intestines, horns, hides, diaphragm, heart, hoofs, hair, lips, snout, ears, bones and tongue. These meat by-products are used in many products that include margarine, dog food, makeup, chewing gum, marshmallows, shampoo, ice cream, gelatin, cement, chalk, and tennis racquets, fertilizer, piano keys, glues, wallpaper and strings for musical instruments. There are three different phases the way Beef is raised, the calves are raised on farm land and out in the pasture, used as feeder cattle they feed in the pasture on grass and crop residue. Finally the beef goes to troughs of feed, where the beef is fattened to be slaughter. The slaughterhouse is where the beef gets cut up and divided into different cuts, the (meat packer). This is were it is packed and sent to meat distributors where it goes to butchers and super markets.

Search the Web for More information on Simmental Cattle at LookSeek.com Search