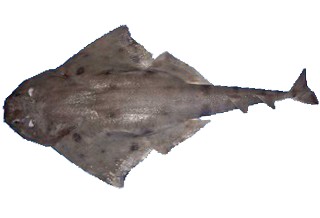 Coming from the family of sand devil and angelshark, this is one of the species that is very difficult to identify among other sharks.

The Sawback Angelshark population has decreased in recent years because of fishing. In most parts of the Mediterranean and West Africa it is very rare to find this species. This is characterized by the fact that fishermen no longer report to have caught Sawback Angelsharks while fishing.

Sawback Angelsharks have fins that are pectoral and wide which looks more like wings. This explains the origin of its name. The Sawback Angelshark has flat and blotchy gray body which helps it to hide from its enemies. Such a body is very useful because most of the time the angelshark spend idle with minimal movements.

The Sawback Angelshark measures about 4 feet 10 inches (1.25 meters) and can grow to 6 feet 5 inches (2 meters) long. Sawback Angelshark is an offshore shark which prefers to stay in warm temperatures. Most of the times you will find it hanging in muddy places at depths of 100 to 1640 feet (30 to 500 meters). But there are other times that it goes down to 4600 feet (1,400 meters).

The sad thing about the Sawback Angelshark species is that it has been completely wiped out and some researchers fear that in most parts of where it used to inhabit especially Balearic Islands in Spain it no longer exist.

The diet of sawback angelshark consists of small sharks and fish. An amazing fact to note is that it can be patient and can stay without moving for weeks in its hiding place while waiting for prey.

Just like other sharks, it is ovoviviparous which means that the eggs are hatched in the mother’s body. At birth the Sawback Angelshark pups are about 12 1/2 inches (32 cm) land and weigh an average of 300 grams.

Search the Web for More information on Sawback Angelshark at LookSeek.com Search