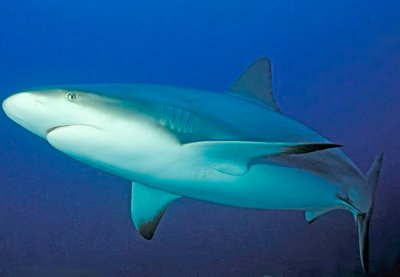 All in all, the Reef shark have similar character traits. They inhabit tropical and subtropical waters at the coral reefs. Mostly you will find them in the Indian Ocean, Pacific Ocean, Japanese waters and Mediterranean Sea. Reef sharks don’t go deep in the water. In fact they love shallow water and mostly you will find them near the surface. The deepest they can go is 262 feet (80 meters). They grow up to 5 feet 2 inches to 9 feet 8 inches (1.6 to 3 meters) in adulthood.

Reef sharks feed on reef fish, cephalopods, crabs, lobster and squid. The trick the Reef shark use when hunting is herding fish and then attacking. This is a very interesting fact which distinguishes them from the rest of the sharks.

Reef sharks have a slow reproduction rates because they are in danger of being caught by fishermen. Around coral reefs they are the major food chain and the mostly sought after are the grey and silvertip Reef Shark.

It is difficult to know the Reef Shark population though they are described as the most important species worldwide. The scientists claim that their population may be diminishing since the Reef Shark are mostly caught by fishermen since they don't go deeper into the ocean.

There are over 400 types of sharks, Sharks have the most powerful jaws on on earth. Reef Sharks jaws, both the upper and lower jaws move. Reef Sharks skin is made of denticles instead of scales like other fish. The denticles are constructed like hard, sharp teeth (tooth-like projection) and this helps to protect the Reef Shark from being injury. The Reef Shark is carnivores meaning: an animal that feeds on flesh (Meat). "Scientific name for Shark Selachimorpha"
"Fear of Sharks Selachophobia"

Search the Web for More information on Reef Shark at LookSeek.com Search