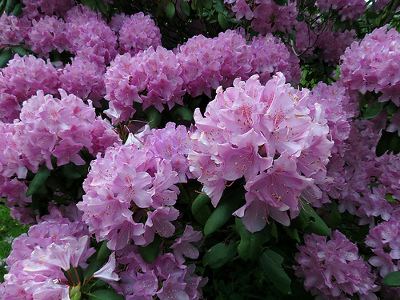 The Rhododendron thrives in hardiness zones five through eight. Lee’s dark purple rhododendron can survive in USDA hardiness zone 9. It can live in cooler regions if it has some protection from cold winds.

The Purple Rhododendron shrub requires partial sun. It needs watering at least weekly, more if it is exposed to extreme heat. The Purple Rhododendron shrub is a slow growing plant that reaches one foot in height and one to two feet in width. It needs moist, well drained soils. It does best in loamy and normal soils. If you are planting a new plant, use at least a trade gallon container.

This flower is popularly used along garden borders, in rock gardens and woodland gardens.

Search the Web for More information on Purple Rhododendron Shrub at LookSeek.com Search