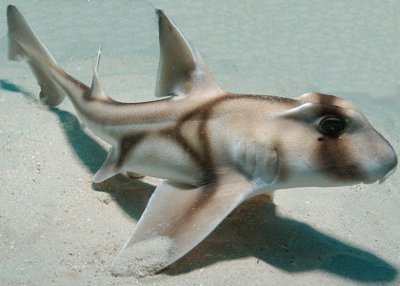 The male Port Jackson shark matures sexually at the age of 8-10 years while females mature at 11-14 years of age. Their breeding cycle is annual and it lasts from August all the way to November. During the breeding season the female Port Jackson shark will lay up to 8 pairs of eggs. The eggs then take ten to eleven months to mature after which the neonates are produced from the egg capsule.

Search the Web for More information on Port Jackson Shark at LookSeek.com Search