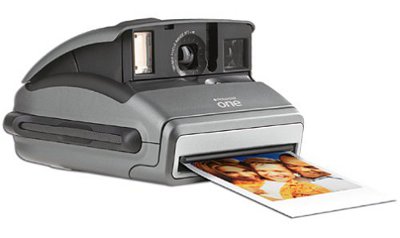 Dr. Edwin Land of the Polaroid Corporation invented instant Print photography, and it became available in 1947. Land's camera worked like any other film camera, but the film is very different. These were supplied as separate sheets in a pack, which also contained the developing and fixing agents and the printing paper, so the prints could be available in minutes. Some black and white Polaroid cameras can produce prints in 15 seconds.

With ordinary film, exposure to light causes chemical changes to take place in the films coating of silver salts. On development to the negative stage, the changed regions show up as dark patches. Unexposed silver salts are transferred to the print material, where they are used to create an image. So an ordinary (positive) print is produced without using the negative image formed on the film.

In the simplest black and white Polaroid system, a sheet of film is pulled out of the camera after exposure, and with it comes a sheet of printing paper. Removing these from the camera bursts the sachet of mixed developer and fixes. Rollers in the camera spread the solution over the film and paper, causing processing to start. Exposed silver salts in the film are quickly converted to a negative image on the developer. So they are unaffected by the fixer, which dissolves only the exposed salts. These are deposited on the paper, which is almost in contact with the film, and soon forms an image.

The color Polaroid process, while much more complicated, works in a similar way.The film is need to be treated with an additional three different dye developers, containing dye couplers. The three dye colors are cyan, magenta, and yellow.

Due to the digital age, the company decided in 2008 to stop producing film

But a small company in the Netherlands is attempting to bring Polaroid film back to life.

Search the Web for More information on Polaroid Instant Pictures at LookSeek.com Search