Back To Category North Carolina
Title : 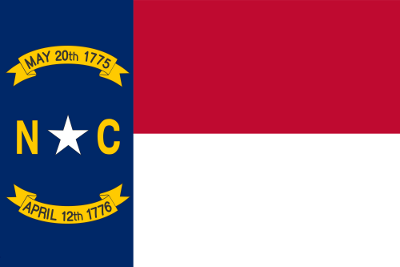 North Carolina, with the postal abbreviation NC is one among the 50 states in the United States, situated in the Southeastern part of the country. North Carolina is bordered by the Atlantic Ocean in the east, Tennessee on the west, Virginia in the north and Georgia and South Carolina in the south. The two biggest metropolitan regions of North Carolina, such as its biggest city, Charlotte and its capital, Raleigh are among the leading ten fastest-developing cities in the country. The economy of the state in the past five decades has undergone a change from heavy dependence upon textiles, tobacco and furniture-manufacture to a more expanded economy with energy, engineering, finance sectors and biotechnology. The state of North Carolina has an extensive array of altitudes, from sea level on the shore to 6,684 feet at Mount Mitchell, the uppermost point in the Eastern part of the United States. North Carolina is the 10th most thickly populated, 28th most wide-ranging among the 50 states of the country.

North Carolina was the 12th state admitted to the union on the 21st of November 1789. The total land area of North Carolina is 53,819 square miles, which offers the state an area rank of 28 out of the available 50 states in the United States. In addition, water surface occupies 5,200 square miles of the total area of the state within its boundaries. There are 100 counties in North Carolina among which the Avery County and the Hoke County were the most recent counties formed in the state, in the year 1911.

Search the Web for More information on North Carolina at LookSeek.com Search