Back To Category Nebraska
Title : 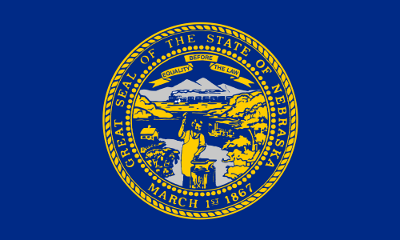 Nebraska with the postal abbreviation NE is one among the 50 states in the United States, situated both in the Midwestern region and the Great Plains of the country. The state is surrounded by Iowa in the east, Wyoming in the west, South Dakota in the north and Kansas in the south, Missouri in the southeast and Colorado in the southwest. Nebraska is crossed by several historic trails, but the California Gold Rush was the first trail that brought huge numbers of non-native settlers to the state. In the state of Nebraska, there are extensive variations between summer and winter temperatures, and violent tornadoes and thunderstorms are more common. The state is distinguished by treeless prairie, perfect for cattle-grazing, and it is a main manufacturer of beef, including corn, pork and soybeans. The people of Nebraska are called Nebraskans, and most of them are ethnically German Americans. The state as well, has the highest per capita population of Czechoslovakian Americans among the 50 states of the United States.

Nebraska was the 37th state admitted to the union on the 1st of March 1867. The total land area of Nebraska is 77,349 square miles, which offers the state an area rank of 16 out of the available 50 states in the United States. In addition, water surface occupies 524 square miles of the total area of the state within its boundaries. There are 93 counties in Nebraska among which the Garden County was the most recent county formed in the state, in the year 1910.

As of 2010, there are five State Electoral Votes in Nebraska. The State Quarter issue Date of Nebraska is April 3, 2006. The state motto of Nebraska is “Equality before the law“.

Search the Web for More information on Nebraska at LookSeek.com Search