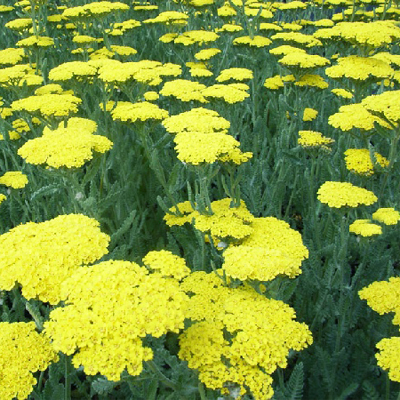 The yarrow does well when planted as a perennial border as well as when nurtured in pots and tubs. The Moonshine Yarrow Plant are tough and they remain evergreen in mild winters. The 'Moonshine' is an upright, compact and clump-forming hybrid yarrow, which is conspicuous because of its aromatic, fern-like and deeply-dissected silvery to gray-green foliage.

The Moonshine Yarrow Plant should be watered occasionally because it needs moderate moisture. The leaves should be maintained occasionally and the faded flowers should be removed to encourage growth of new buds. The 'Moonshine’ yarrow is normally affected by stem rot, botrytis, root rot, rust and powdery mildew.

Search the Web for More information on Moonshine Yarrow Plant at LookSeek.com Search