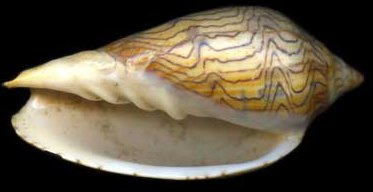 Facts about three main classes of mollusks which are the gastropods (snails limpets and slugs), the bivalves (oysters, mussels, cockles, clams, and scallops), and the cephalopods (cuttlefish, squids, and octopus).

While snails may be a common sight in the garden most gastropods live in water. Limpets, periwinkles and topshells, can mostly be seen at low tide and in warm seas; there are large gastropods such as cowries and abalones.

A limpers uses its large foot to move, at the front the head has tentacles for finding food and a rasping tongue called a radula. The soft body is contained in the top part of the shell.

Periwinkles and many other coiled snails have the advantage of being able to withdraw into their shells, and close the entrance with a lid-like flap or operculum. Many snails eat plants but some like the Common Dog Whelk are carnivores.

Slugs and sea slugs have either have small shells or none at all. The advantage of this is that they can squeeze through narrow passages and burrow for prey. They protect themselves with camouflage and by producing an unappetizing slime to warn predators.

Bivalves have shells formed from to valves hinged together. They feed by drawing currents of water and filtering out the food particles. The head is very small and the large foot is very muscular.
A burrowing bivalve, such as a cockle or clam uses it foot to pull itself down into the sand or mud. Some burrowers can even bore into wood or rock, using their shells as grinding tools. Oysters cement themselves to rock. Scallops swim rapidly by opening and closing the shell valves.

Among the cephalopods only one called the Nautilus, has an external shell. Cuttlefish and squids have internal shells and octopuses have no shell.

Cephalopods are the most intelligent of all the invertebrates (animals with no backbone). They have large heads, which are surrounded by tentacles. The tentacles are the modification of the mollusk foot and are used for feeding. Squids and cuttlefishes have ten tentacles and the octopus has only eight. These tentacles have suckers and are used for catching prey.

Search the Web for More information on Molluscs at LookSeek.com Search