Back To Category Missouri
Title : 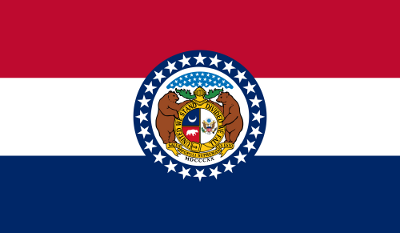 Missouri with the postal abbreviation MO is one among the 50 states in the United States, situated in the Midwestern region of the country. The geography of the state of Missouri is extremely diverse. The southern fraction of the state situates in the Ozark Mountains, whereas the northern fraction of the state locates in dissected till plains, with the Missouri River, separating the two fractions. The state is positioned at the junction of the three greatest North American rivers with the convergence of the Missouri and Mississippi Rivers close to St. Louis, and the meeting of the Mississippi River with the Ohio River on the northern part of the Boot heel. The opening points for the Santa Fe Trail, the Pony Express and Oregon Trail were all situated in the Midwestern part of the state. Missouri is the 21st most wide-ranging area and the 18th most populous state among the 50 states of the country.

Missouri was the 24th state admitted to the union on the 10th of August 1821. The total land area of Missouri is 69,702 square miles, which offers the state an area rank of 21 out of the available 50 states in the United States. In addition, water surface occupies 987 square miles of the total area of the state within its boundaries. There are 114 counties in Missouri among which the Saint Louis City was the most recent county formed in the state, in the year 1876.

As of 2010, there are 11 State Electoral Votes in Missouri. The State Quarter issue Date of Missouri is August 4, 2003. The state motto of Missouri is “The welfare of the people shall be the supreme law“.

Missouri is the second state next to Tennessee in the United States that is surrounded by eight different states. It is the only state in the country that touches in excess of eight states. Missouri is surrounded by Kentucky, Illinois, Tennessee across the Mississippi River in the east, Kansas, Oklahoma and Nebraska in the west, Iowa on the north and Arkansas in the south.

Search the Web for More information on Missouri at LookSeek.com Search