Back To Category Minnesota
Title : 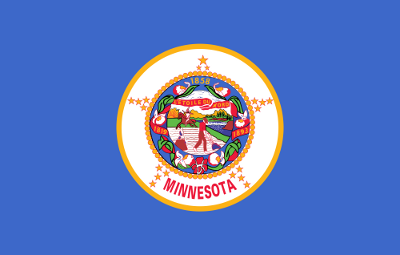 Minnesota, which is shortly mentioned as MN, is one among the 50 states in the United States, situated in the Midwestern region of the country. The state of Minnesota was carved from the eastern half of the Minnesota land and it attains its name derived from the Dakota word, “Minnesota” that means clear water. Minnesota is the second state after Alaska in the United States that lies in the northernmost part of the country. The state is a part of the United States region called the Upper Midwest and a part of the Great Lakes Region of North America. It shares a water border of the Lake Superior with Michigan and a water and land border with Wisconsin in the east. The state is surrounded by South Dakota and North Dakota in the west, Manitoba and the Canadian provinces of Ontario in the north and Iowa in the south. Minnesota is the 12th most wide-ranging area and the 21st most populous among the 50 states of the country. The state includes the maximum number of lighthouses in the country.

Minnesota was the 32nd state admitted to the union on the 11th of May 1858. The total land area of Minnesota is 86,935 square miles, which offers the state an area rank of 12 out of the available 50 states in the United States. In addition, water surface occupies 7,328 square miles of the total area of the state within its boundaries. There are 87 counties in Minnesota among which the Lake of the Woods County was the most recent county formed in the state, in the year 1923.

Search the Web for More information on Minnesota at LookSeek.com Search