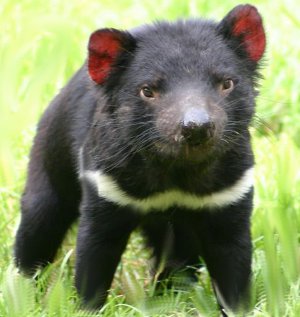 Facts about Marsupials "Scientific name for Marsupials is Marsupialia". About 100 million years ago, the first mammoth appeared on Earth. Very soon there were three distinct groups monotremes (egg-laying mammals), marsupials (mammals with pouches), and true mammals, or placentals.

Today the placentals are the most successful group. Of the monotremes, only six species remain (duck-billed Platypus, and five spiny anteaters of echidnas). Moreover, the marsupials are mainly contained to Australasia. This is because they could not compete with the rest of the placentals in the world. But, Australasia became separated from the other continents before the placental mammals arrived. So marsupials in Australasia, who had no competitors, still survive today.
There are also a few marsupials in other areas. The opossums and rat opossums are found in South America, which was once joined to Australasia. In addition, the Common Opossum has actually spread northward into Canada and the United States. They live in forests feeding on insects and small mammals.

The most important characteristic of the marsupial is that they have no placenta. In placental mammals, this is an organ used to nourish the young as they develop in the womb. The yolk of the egg, however, nourishes a young marsupial. This soon runs out and so the young is born at a very early stage of development. The parents then keep the young in its pouch, where it suckles and continues to grow.

The best-known marsupials are the kangaroos and wallabies, which move by leaping on their hind legs. The long, heavy tail of the kangaroo is used for balancing and as a rudder to help it at turning at high speed. Large kangaroos can travel at speeds up to 25 miles per hour (40km/ph). They are grazing animals, equivalent to placental plant eaters such as deer and cattle in other parts of the world.

Many other marsupials have their equivalents among the placentals. Bandicoots are burrowing marsupials that live similar lives to rabbit, although they eat insects and roots. The carnivorous Tasmanian Devil resembles the European Wolverine, the Pouched mouse resembles other mice, and the Wombat is a rodent like marsupial.
Some marsupials have
an even closer likeness to their placental counterparts. The Thylacine, a carnivore now thought to be extinct looked very much like a placental wolf. Flying phalangers have membranes of skin stretched between their front and hind legs, and are almost identical to flying squirrels. The marsupial mole has evolved many of the same features as placental moles.

Other marsupials do not have and obvious placental counterparts. The Koala Bear lives a solitary life in the forests of Eucalyptus trees, where it feed on the leaves. The Cuscus is a strange animal with a grasping tail. It moves slowly through the trees, eating leaves and insects.

Search the Web for More information on Marsupials at LookSeek.com Search