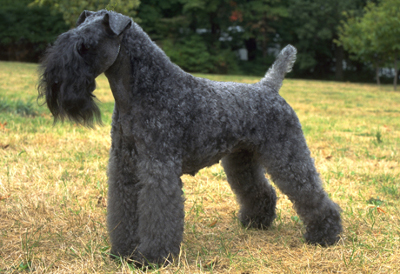 The Kerry Blue Terrier Dog must be groomed at least once in six weeks. They as well, need to have to drag the hair out of the ear duct because they are prone to ear diseases while the ear hair gets excessively long, and dirt and wax have built up.

A Kerry Blue Terrier Dog’s mouth can apply approximately 150 to 200 pounds of pressure per square inch and an American Pit Bull Terrier, German Shepherd Dog and a rottweiler can have 320 LBS of pressure on avg.