Back To Category Kentucky
Title : 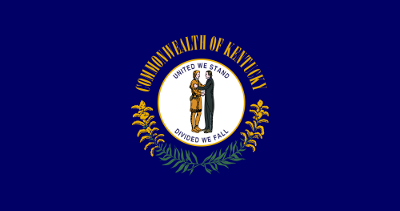 Kentucky was the 15th state admitted to the union on the 1st of June 1792. The total land area of Kentucky is 40,411 square miles, which offers the state an area rank of 37 out of the available 50 states in the United States. In addition, water surface occupies 919 square miles of the total area of the state within its boundaries. There are 120 counties in Kentucky among which the Carlisle County was the most recent county formed in the state, in the year 1886.

As of 2010, there are 8 State Electoral Votes in Kentucky. The State Quarter issue Date of Kentucky is August 6, 2001. “United we stand, divided we fall” is the state motto of Kentucky.

Kentucky got its nickname derived from the bluegrass found in several of its pastures owing to the fertile soil. One of the key areas in Kentucky is the Bluegrass Region, located in central part of Kentucky, which accommodates two of its foremost cities, Lexington and Louisville. It is a land with different settings and copious resources, including the Mammoth Cave National Park, which is the longest cave system of the world, the maximum length of passable waterways and streams in the neighboring United States, and the two biggest man-made lakes, situated on the eastern part of the Mississippi River.


Search the Web for More information on Kentucky at LookSeek.com Search