Back To Category Illinois
Title : 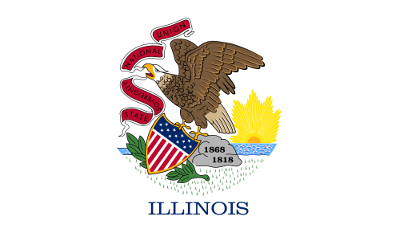 Illinois was the 21st state admitted to the union on the 3rd of December 1818. The total land area of Illinois is 57,916 square miles, which offers the state an area rank of 25 out of the available 50 states in the United States. In addition, water surface occupies 2,398 square miles of the total area of the state within its boundaries. There are 102 counties in Illinois the Ford County was recently formed in the state on the 17th of February 1859.

As of 2010, there are 20 State Electoral Votes in Illinois. The State Quarter issue Date of Illinois is January 2, 2003. “State Sovereignty, National Union” is the state motto of Illinois.

The state of Illinois has a different economic base and is a chief transportation center with Chicago City and its suburbs in the northeast and the adjacent exurban area into which the city is expanding, small business cities and immense agricultural output in northern and central Illinois, and natural resources, such as timber, coal and petroleum in the south. The Port of Chicago unites Illinois to other worldwide harbors from the Great Lakes, through the Saint Lawrence Seaway, toward the Atlantic Ocean, including the Great Lakes toward the Mississippi River, through the Illinois River.

Search the Web for More information on Illinois at LookSeek.com Search