Back To Category Idaho
Title : 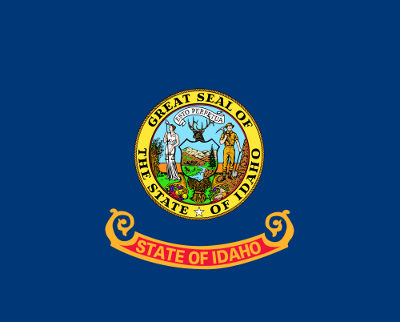 Idaho was the 43rd state admitted to the union on the 3rd of July 1890. The total land area of Idaho is 83,568 square miles, which offers the state an area rank of 14 out of the available 50 states in the United States. In addition, water surface occupies 926 square miles of the total area of the state within its boundaries. There are 44 counties in Idaho among which three counties, such as Caribou County, Clark County and Jerome County were recently formed simultaneously in the state in 1919.

As of 2010, there are four State Electoral Votes in Idaho. The State Quarter issue Date of Idaho is June 5, 2007. “It is forever” is the state motto of Idaho.

There are six states and one Canadian province surrounding the Idaho state. Idaho as well, shares a short boundary with the Canadian region of British Columbia in the north. The scenery is rough with some of the major unharmed natural areas in the United States. Idaho is a rock-strewn mountain state with copious natural resources and picturesque areas.

The state of Idaho includes snow-covered mountains, rapids, enormous lakes and vertical canyons. The Snake River flows through Hells Canyon, the deepest canyon in the United States. Shoshone Falls pushes down rocky cliffs from a height more than that of Niagara Falls. The main rivers in Idaho include the Clark Fork or Pend Oreille River, the Snake River, the Salmon River and the Clearwater River. Other important rivers of the state include the Spokane River, the Coeur D'Alene River, the Payette River and the Boise River.

Search the Web for More information on Idaho at LookSeek.com Search