History of the Revolver Gun 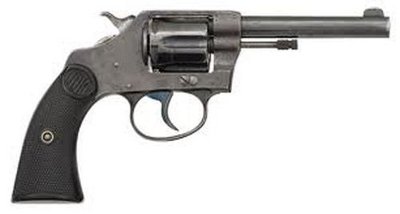 History of the Revolver "Gun" traces back to 1718 when James Puckle patented a gun that had multiple chambers for bullets in a revolving cylinder. The British and American patent for revolving-guns came up in 1835 and 1836 respectively. Revolver is categorized as handguns. Back then, revolvers used to have six chambers, giving birth to the slang “six-shooter”. Usually, modern revolvers have 5 or 6 chambers, but 3 to 34 chambered revolvers also have been made in different phases of time.

Firearms that were used before revolver had a time limiting factor to their disadvantage. They needed to be reloaded each time they were being fired. The firearm was useless while its user used to reload giving the adversary ample time to attack.

Revolvers in their earlier stage were of cap-lock type. The user had to pour gun powder into the chamber, ram down bullets into them and place the percussion caps between the hammer & the cylinder. After the shot is fired, the user had to drag back the hammer to its position while keeping the gun in horizontal position to let the percussion fragments fall out. If it was not done, the mechanism didn’t work due to jamming.

Ambitious ideas have given the basic operating mechanism of the revolver many shapes. Around 1850s belt-fed machine guns were manufactured. The shifting of the belt is identical to that of revolver with a sophisticated mechanism related to the flexible circular chain of chambers. The revolver mechanism is also used in rifle designing. The hot gas that is released from the gap between the barrel and cylinder might put burns on the users forward hand.

When the reload time and the cartridge capacity are important, nothing replaces revolvers. From the mechanical point of view, the mechanism proved to be useful in all kind of machine guns used in World wars. Revolvers have remained popular among popular safety firearms to present day. Even the military and the law enforcement are provided with semi-auto pistols.

Search the Web for More information on History of the Revolver Gun at LookSeek.com Search