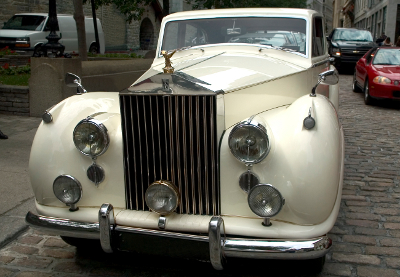 Rolls Royce was founded in 1906. It was founded by Charles Rolls and Henry Royce as a car manufacturer. It later moved into aircraft engine manufacturing. Charles Rolls was the first person to complete a double crossing of the English Channel, he died in an airplane crash in 1910. Sir Henry Royce continued contributing to engine designs up until his death in 1933.

In the 1950s, the British royal family started driving Rolls Royce line of cars, cementing them as the lap of luxury to the British public. In 1950, then Princess Elizabeth received the first Phantom IV.
The Silver Shadow I was introduced in 1965. It could reach 118 miles per hour.

The car manufacturing division of Rolls Royce was split from Rolls Royce Holdings as Rolls Royce Motors in 1973. This occurred while the company was going into receivership.

Rolls Royce purchased Northern Engineering Industries or NEI in 1988, several engineering companies in England that build electrical generation equipment and power management systems. After the 1990s recession, Rolls Royce started selling off the NEI family of companies to focus on engines for cars and aircraft.
The Rolls Royce Phantasm car was rolled out in 2014, designed by Aldo Schurmann. It resembles a Porche Spyder and sports scalloped sides and large air intakes that suggest performance and speed are higher priorities with this design, instead of luxury.

About the Rolls Royce Automobile Company

Rolls Royce is headquartered in Westminster, London. Rolls Royce is one of the members of the FTSE 100 Index, an equivalent of the Dow index on the American stock market. Rolls Royce has a market capitalization around 22 billion Euros as of this writing.

Rolls Royce is the second largest manufacturer of aircraft engines in the world and one of the top twenty defense contractors in the world based on revenue. Rolls Royce has had a history of producing luxury cars and high performance aircraft. The Rolls Royce Merlin engine powered many famous aircraft in World War Two like the Spitfire, Hawker Hurricane and P-51 Mustang. The company’s Merlin designs were built by Packard to support the American war machine. Rolls Royce’s engines are used by over a dozen airliners today.

Rolls Royce has had a traditional look for decades. The company has debated designing an SUV, but it seems to have trouble coming up with an off-road truck that fits its design standards. Rolls Royce released a Wraith coupe in 2013. Wraith isn’t a new brand for Rolls Royce, though; the Wraith was a popular Rolls Royce car in 1938.
All Facts are based on our research, always check lookseek facts in case of any errors. Lookseek is not responsible for any mistakes in this article.

Search the Web for More information on Rolls Royce Car at LookSeek.com Search