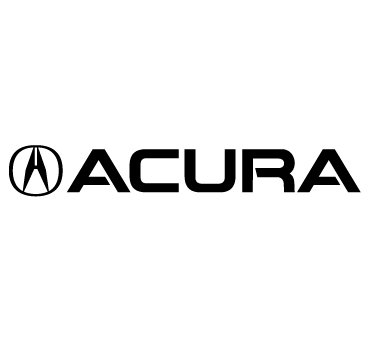 Acura Car started selling well in the late 1980s. Sales dropped off in the 1990s. The Acura NSX or New Sports Experimental car was intended to compete with a sports car, but sales went down. It was also the first all aluminum production car. Part of the decline was due to people not wanting to buy a sports car from a luxury dealer when Porsche and other brands had greater name recognition, as well as competition by Nissan and other Japanese car manufacturers pushing sales in the U.S. to offset declining sales in Japan.
Sales began increasing again in the early 2000s with cars like the Acura 3.2 TL. Acura Car hit a sweet spot in performance and price, selling well to mid-market customers. The MDX three row crossover SUV that rivaled the Honda Odyssey was also popular.

Acura from its beginning was involved in the Sports Car Club of America or SCCA as well as the IMSA GT Championship. Acura entered vehicles in the KONI Challenge Series, 24 Hours of Le Mans and various other races.
The Acura 2015 TLX was entered into the GT category in the Detroit Grand Prix, driven by Peter Cunningham. It was also entered into the Pirelli World Challenge in 2014, at the Sonoma Raceway Pirelli World Challenge Race. However, the Honda Acura TLX was forced to withdraw after a collision.

Honda has made massive inroads into the renewables market, offering several different hybrid gas-electric vehicles. The company also makes natural gas versions of the Honda Accord. The Fit EV is an all-electric vehicle.

History of Acura’s Awards and Recognitions

The Acura’s rearview camera system was the first to be recognized by the National Highway Traffic Safety Administration or NHTSA by its New Car Assessment or NCAP, the new car safety rating. The rear view camera system was classified as an advanced technology feature as a “rearview video system”, giving the Acura a five star safety rating. It was given that recognition in early 2014. This rating was granted to the Honda Accord Coupe, Honda Accord Hybrid and a number of other Honda vehicles. Honda included this feature in all of its 2015 cars.

Honda’s Acura MDX was given the title of Best Value for large crossover vehicles by Kiplinger’s Personal Finance in 2014. This award means that the Honda Acura MDX doesn’t depreciate or degrade nearly as fast as other cars, which often lose half their value in the first two years of ownership.

Edmunds.com gave the Acura ILX sedan its best retained value award for luxury cars in 2012, 2013 and 2014. The Acura ILX was found to have the highest projected residual value of any luxury compact sedan after five years.
All Facts are based on our research, always check lookseek facts in case of any errors. Lookseek is not responsible for any mistakes in this article.

Search the Web for More information on Acura Car at LookSeek.com Search