Back To Category Hawaii
Title : 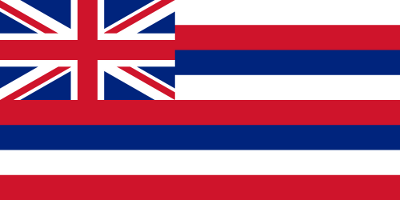 Hawaii, which is shortly mentioned as HI, is one of the 50 states of the United States, situated in Oceania. It is the only state in the United States that is made up of islands entirely. Hawaii is the northernmost part island cluster in Polynesia, engaging the majority of an archipelago in the central part of the Pacific Ocean.

Hawaii was the 50th state admitted to the union on the 21st of August 1959. The total land area of Hawaii is 10,926 square miles, which offers the state an area rank of 43 out of the available 50 states in the United States. In addition, water surface occupies 4,499 square miles of the total area of the state within its boundaries. There are 5 counties in Hawaii among which the Maui County was recently formed in the state in 1905.

As of 2010, there are three State Electoral Votes in Hawaii. The State Quarter issue Date of Hawaii is November 3, 2008. “The life of the land is perpetuated in righteousness” is the state motto of Hawaii.

The different natural scenery, abundance of public beaches, warm tropical climate, oceanic active volcanoes and surroundings of the state of Hawaii, make it an admired tourist destination, including the biologists, wind surfers, and volcanologists. Owing to the mid-Pacific location of the Hawaii state, it has many Asian and North American influences together with its own vivacious native culture. The state of Hawaii has more than a million permanent inhabitants together with many tourists and U.S. military employees.

The state of Hawaii encompasses almost the whole volcanic Hawaiian Archipelago, which includes hundreds of islands extended more than 1,500 miles. At the southeastern part of the archipelago, there are eight major islands, such as Kauai, Niihau, Oahu, Lanai, Molokai, Maui, Kahoolawe and the Island of Hawaii. The archipelago is ethnologically and physiographically part of the Polynesian sub area of Oceania.

Search the Web for More information on Hawaii at LookSeek.com Search