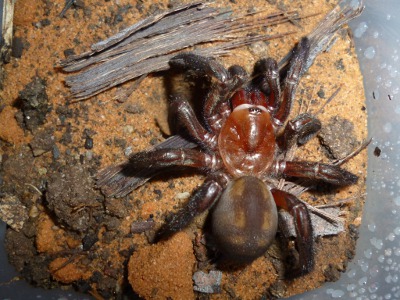 Search the Web for More information on Golden Trapdoor Spider at LookSeek.com Search