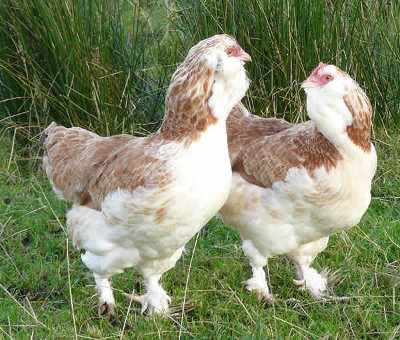 The Faverolle chicken is a mixture of several other breeds, such as the Brahma, French Rennes chicken, Dorking chicken and Houdan. This is why it has such varied plumage. As the distinct breed emerged in the late 1800s, individual birds still have variations in their coloring.

Faverolle chickens tend to be broody and quirky, but they are generally submissive with other breeds. Because of their docility, these chickens are sometimes kept as pets.

Faverolle roosters are among the quietest available.

Search the Web for More information on Favorelle Chickens at LookSeek.com Search