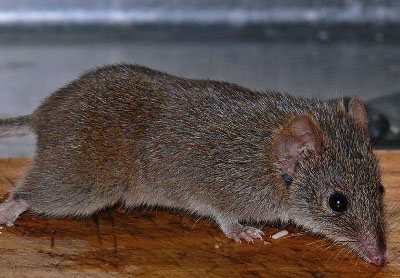 The Fat-tailed False Antechinus, commonly known as the red-eared antechinus marsupial has grey-brown fur with red patches just behind its ears. Most false antechinuses have been known to have grey brown coloring fur, although this is not the case with the Rory Cooper’s, which is seen to differ from the rest of the species in the genus because it possesses red brown coloring fur.

False Antechinuses weigh approximately 18 grams and can at times, even weigh up to 37 grams. They have an average life span of approximately seven years. An adult Fat-tailed False Antechinus can measure approximately three inches long to four and a quarter inches. However, the distinguishing characteristic of the Alexandria False antechinus is its small size. It is usually known to be smaller than the rest of the false antechinuses species. They have a carrot shaped tail which is known to be swollen with fat. The species uses this fat stored in the tails during the food shortage periods.

The Fat-tailed false antechinuses habitats the dry rocky environments found in Central Australia. Some are also found around clumped bushy and grass environments of the coastal areas in Western Australia

Search the Web for More information on False Antechinus at LookSeek.com Search