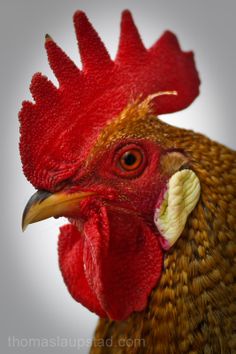 Facts about Dorking chickens. The Dorking Chicken is an ancient breed developed as a landrace in Kent, Sussex in England. The Dorking Chicken is famous for its productivity and the highest quality of meat. The town it was originated from was once called Dorking and hence the name Dorking came in to existence. "Scientific name for Dorking chicken is Gallus gallus domesticus". Although the Dorking chicken’s origin is officially believed to be England, earlier mentions of a five toed chicken breed are seen in Roman author Columella’s work. The description of that particular chicken breed that was brought with the Roman soldiers to England during their invasion in 43 A.D. matches only with that of the Dorkings.

The Dorking chickens come in several colors, but the ancient ones used to be white or silver grey. Old literature's speculate the original breeds to be white. They are mostly found in Cuckoo, black, red and speckled color in modern days.

As a famous table fowl, the Dorking chicken has very few superlatives. Its meat is tender and delicate. The Dorking chicken grow a higher percentage of flesh in breast, wishbone and wings in comparison to their size. Once upon a time, it had a huge demand and getting an alive fowl was almost impossible. Even a rumor had it that the town of Dorking had issued a law against selling the breed alive.

Although they are easily fattened for the pot, the Dorking chickens make excellent layers, especially in winters. They have a propensity to sit after laying eggs and they can lay 35-50 eggs at a time. The Dorking chicken keep sitting in a corner for hours and hardly roam except for obtaining food and water. They are easy to raise in large numbers in a smaller place just because they don’t move at all and maturing at about two years. The Dorking chicken are also good mothers and spend more time with the chicks than hens of other breeds. They even welcome chicks of other breeds even though the chicks don’t belong to them. The Dorking chicken take more time to get ready to lay eggs, but once they are ready, they may lay throughout the winter. The heavy amount of food they consume is the reason for huge body temperature production that helps in laying eggs.

If The Dorking chickens are set free to roam around, they don’t wander far away from their homes even though they are very good foragers.

Roosters 10 to 14 lbs or (4.55 to 6.35 kg). cockerel-a young male of the domestic chicken (Gallus gallus) 8 to 11 1bs or (3.60 to 5.00 kg). Hens 8 to 10 lbs or (3.60 to 4.55 kg).
Some facts are Dorking chickens are the only breed to have a red earlobe and they lay white egg. Compared to other breeds, the Dorkings unusually have short legs. The Dorking chickens lay medium size eggs. It would be thought that a chicken that big would lay the extra large eggs. Dorking chicken is the only chickens with 5 toes and Dorking chicken has no feathers on their legs

Search the Web for More information on Dorkings Chicken at LookSeek.com Search