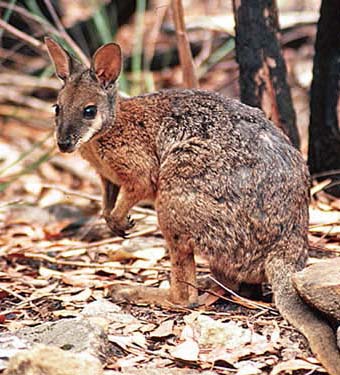 The researchers are not confirmed yet if the Dorcopsis Wallabies exist within the protected areas as all those protected areas don’t possess the exact habitat they typically need to survive. However, studies say that they are seen more frequently after the regulation of hunting activities came into action.

In Indonesia, the gallery forest is cut down for timber extraction and conversion of the forest for agriculture. This makes the Dorcopsis Wallabies exposed to the outside world and leaves little space for hiding, making them easily available for hunting and being used for bush meat.

Search the Web for More information on Dorcopsis Wallabies at LookSeek.com Search