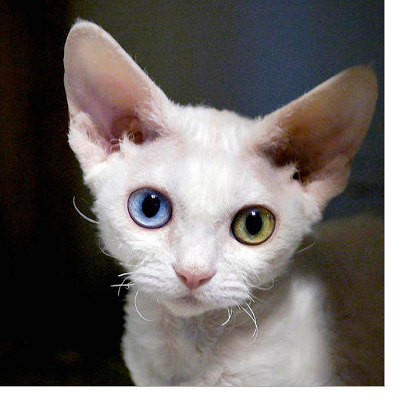 The Devonshire Rex Cat has long skinny neck, a face that looks like a mix of cat and dog. The fur can range from wildly curly to soft and silky.

Devonshire Rex Cats are food hunters. Keep anything uncovered for a minute, next time you see it, it’s in your Devonshire Rex Cat mouth. With a little effort, this disadvantage can be used in either way. The Devonshire Rex Cat can help you finish all leftover food if fed in small installments. The scientific name for cat "Felis Catus". The fear of cats "Ailurophobia".