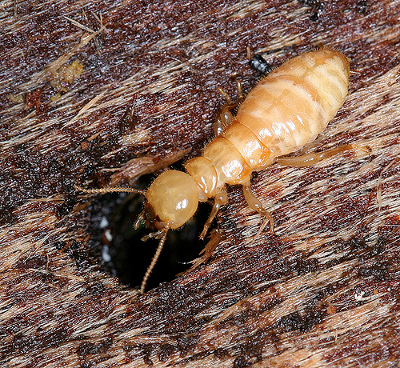 Facts about Dampwood Termites, "Scientific name for Dampwood termite is Termopsida". Dampwood Termite belongs to a primitive small family of termites known as the Isoptera. The termite constitutes of mainly 4 to 5 living genera with individual genus having thirteen to twenty extant species which can be further divided into various sub families. Various specious of the genus termite can be found breeding in several parts of the Caribbean territories and the United States of America. Some of the genera species in their natural habitat can be located in Puerto Rico, Florida including parts of Mexico, Cuba and Bahamas, Virgin Islands and Hawaii.

The Damp wood termite is popular in the subtropical mangrove forests, urban areas of the Peninsula coastal regions of Florida, woodlands. The Dampwood Termite has its greatest distribution in Florida, extending from the Pinellas County on the Gulf coast to the Merritt Island on the eastern coast. Some of the varieties of the genera can be located along the areas of Lake Okeechobee and in the regions of Orlando.

The Dampwood Termite usually doesn’t create shelter tubes like the termites in the subterranean areas. The appearance of the wood infested by the termites can widely vary. However, the feeding is usually across the grain, consuming both the summer wood and spring. As the Dampwood Termites feed on the wood, they make series of galleries which are connected by tunnels with smooth walls.

Search the Web for More information on Dampwood Termite at LookSeek.com Search