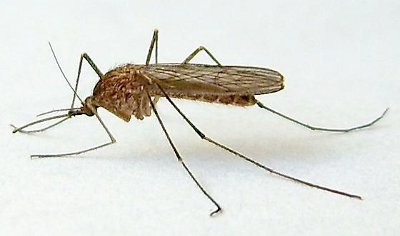 Facts about Culiseta Mosquitos, Scientific name for Culiseta Mosquito is Culiseta melanura (Coquillett). The Culiseta mosquito can easily be identified through the presence of setae located at the base of subcosta on the underside of the wing. However, it should be noted that the Culiseta Mosquito are not the only one with this kind of identifiable characteristics. The setae can also be seen in Coquillettidia and other two species of the genus Opifex. Both research and individual findings have associated the Culiseta genus to New Zealand where it is commonly found. The environment including the temperature there is very conducive for the growth and development of the Culiseta Mosquito.

The larvae of Culiseta Mosquito have a notable diversity in the structure of the head including the length of the antennae and the details that characterize the abdominal segments. The adults Culiseta mosquitoes have Maxillary palps that are short in the females and longer in the males. This is a clear indication of sexual dimorphism. Compared to the length of the proboscis, the Maxillary palps are longer. Also, the adults have spiracular setae and postspiracular setae.

The females Culiseta Mosquito have a rather different configuration of the abdomen where it is bluntly rounded and the eighth segment is not retractile. The male Culiseta Mosquito genitalia are somewhat long and their basal lobe present. In the smaller species, instead of a basal lobe, they have an apical lobe. Still in some other species, the lobe is absent altogether. The larvae have a head that is wider and long with pectin and comb present.

There is no certainty concerning the relationships and affinities within the Culiseta Mosquito. The genus included has several generalized and phyletic lines through which other genera have been derived. However, there are some notable similarities in some species of Culiseta Mosquito such as Culicini, Aedini, Orthopodomyiini and Ficalbiini. The similarities are based on some observable factors such as weight and other intricate and inborn characteristics.

Bionomics and Disease Relations
At the beginning stages of its development, the Culiseta mosquito and all the species in the genus usually develop in ponds, marshes, bogs, streams, rock pools and small ground pools. Some species can be found in containers or in tree holes. In Africa, there is an interesting species of Culiseta mosquitoes that grows in holes of trees. In Australia, most of the Culiseta varieties present there prefer breeding underground. Most of the species of these mosquitoes can be found in higher elevation areas and in colder regions.

Research has not delved much into the adult biology of the Culiseta mosquitoes. The Culiseta Mosquito feed on domestic animals most of the times but there are certain species and sub-genus that attack human beings sucking blood from them.

Culiseta Mosquito can drink blood up to three times its weight. It would take over a million bites to drain all the blood out of a human body.

Female Culiseta Mosquito can lay over 250 eggs at one time ever 3 days, for every milligram of human blood, the mosquito can lay an average of about 40 eggs. Hatching eggs will hatch into larvae in about 24 to 48 hours. Larvae soon grow to about (5 mm) in length. The eggs are deposited most of the time in clusters called "rafts", on the surface of flooded areas and stagnant water as little as one inch. The female Culiseta Mosquito will lay eggs about three times before they die. There are however exceptions to this because some species lay their eggs in single units. Climacura and Culicella subgenera lay their eggs in captivity as single units. In North America, some species of the Culiseta mosquito has been found to be vectors of the encephalitis viruses.

Most of the species of Culiseta are found in temperate regions of Europe, North America and Asia but none of them occurs in the South American continent.

The Culiseta Mosquito spends their first 10 days in water, which is mandatory for the eggs to hatch into larvae, named wigglers. The stagnant water is where the wigglers feed on organic matter and breath oxygen from the surface. Than they develop into pupae, which do not need to feed and are partly encased in cocoons. In a few days, the pupae will change into a full grown Culiseta Mosquito.

An average Culiseta Mosquito life is less than two months. The Male Mosquito usually only lives about 10 days or less, while female Mosquito can live about six to eight weeks.

Search the Web for More information on Culiseta Mosquito at LookSeek.com Search