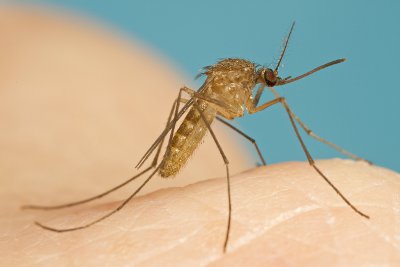 Facts about Culex Mosquitos, "Scientific name for Culex mosquito is Culex (Melanoconion)". Culex Mosquito is a genus that has a number of species under it and also acts a vector for several diseases such as Japanese encephalitis, West Nile virus, St. Louis encephalitis, filariasis and avian malaria.

According to scientists from the University of California and the Swedish University of Agricultural Sciences, the nonanal is a compound that works in synergy with carbon dioxide so as to attract Culex mosquitoes.

The Culex Mosquito undergoes complete metamorphosis and takes about two weeks for the cycle to be completed depending on the environment in which it is taking place. The eggs can either be laid in single units or as a batch depending on the type of species of Culex Mosquito that is being studied. The eggs usually hatch in aquatic environments and during the larvae stage, the mosquito spends its total life in water and feeds on some organic substances including plants.

In the pupa stage, the Culex Mosquito still lives in water but it does not feed on anything. It only utilizes the food that it has accumulated at the larvae stage to survive. This period of inactivity usually lasts between one and two days before the pupa graduates into an adult Culex Mosquito. The Culex Mosquito larvae do not move via their appendages like other insects but rather through rhythmic undulating motions. Though it seems unnoticeable, the larvae can be able to move from one area to another within a fairly short period of time.

The female Culex Mosquito has a brownish to dark appearance in color and has legs that are banded, a proboscis that is dark scaled with a somewhat pale band. The wings are also dark scaled while the hind femur is dotted with pale scales and its tibia contains scattered pale scales.

The adult Culex Mosquito females are usually confused between the species when it comes to the banded proboscis. For instance, the Culex Mosquito sitiens has tergal bands which are not extended medially and complete apical dark bands. The Culex bitaeniorhynchus has dark and pale wing scales with apical pale bands. The Culex edwardsi has a mid femur that has pale stripes but it is not mottled. The Culex mosquitoes are commonly found in Northern Australia mostly on the south western part where they are spread on the coastal and inland frontiers.

Culex Mosquito can drink blood up to three times its weight. It would take over a million bites to drain all the blood out of your body.

Female Culex Mosquito can lay over 250 eggs at one time ever 3 days, for every milligram of human blood, the mosquito can lay an average of about 40 eggs. Hatching eggs will hatch into larvae in about 24 to 48 hours. Larvae soon grow to about (5 mm) in length. The eggs are deposited most of the time in clusters called "rafts", on the surface of flooded areas and stagnant water as little as one inch. The female Culex Mosquito will lay eggs about three times before they die.

The adult Culex mosquitoes usually become active from mid spring all the way to late autumn in the south eastern part of Australia. They feed on human blood together with other mammals and birds. The feeding spree usually start immediately after sunset and goes for a period of about two hours and towards dawn the feeding resumes but to a lesser degree. The Culex Mosquito can disperse up to a radius of about 3 to 6 miles (5 to 10 kilometers) from the place where they are hatched.

The Culex Mosquito spends their first 10 days in water, which is mandatory for the eggs to hatch into larvae, named wigglers. The stagnant water is where the wigglers feed on organic matter and breath oxygen from the surface. Than they develop into pupae, which do not need to feed and are partly encased in cocoons. In a few days, the pupae will change into a full grown Culex Mosquito.
There are on average about 175 species of mosquitoes in the United States and more than 2,800 species of mosquitoes in the rest of the world.

Search the Web for More information on Culex Mosquito at LookSeek.com Search