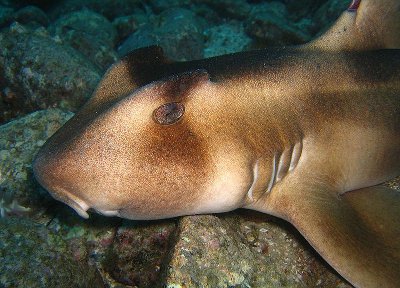 The hunting ground for the Crested Bullhead Sharks is the ocean bottom. They are largely nocturnal and they prey on shellfish, sea urchins, small bony fishes and molluscs. It does not fear peeping between rocky crevices to locate food.

Search the Web for More information on Crested Bullhead Shark at LookSeek.com Search