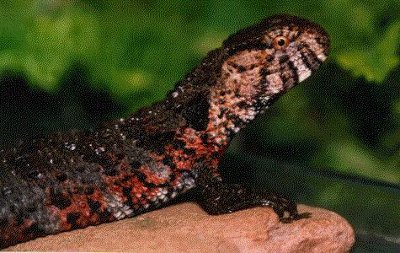 In most cases Chinese crocodile lizard spends its time out of water. It can stay motionless for so many hours or even days without responding to any kind of disturbances. This has led to some strong beliefs especially by the indigenous people who think that the Chinese crocodile lizard can be used to cure insomnia. In fact most of these people hunt it for traditional medicinal use.

If the Chinese crocodile lizard is threatened, it hides in water and will swim using its powerful tail. This tail makes it a good swimmer. In cases where it is caught and cannot escape, it fights violently by hissing and biting until it is free. The Chinese crocodile lizard is active during the day with its activities concentrated mainly in the morning and evening. But as observed it does not engage in intense activities.

Search the Web for More information on Chinese Crocodile Lizard at LookSeek.com Search