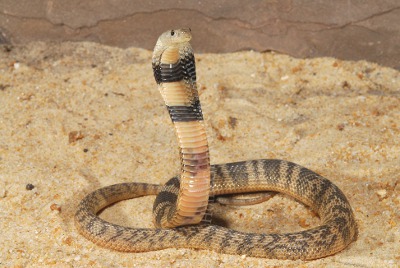 The average lifespan of the Central Asian Cobra snake ranges from 20 years to 30 years.