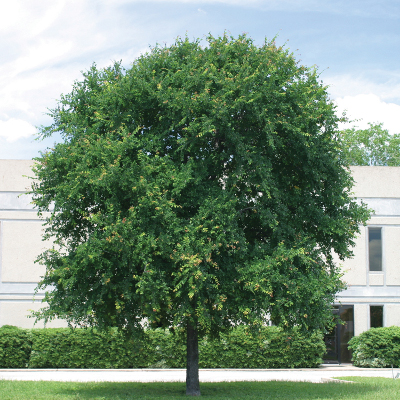 Cedar elm also referred as Texas cedar elm is a deciduous tree which is native to Central North America. It is mainly found in southern and eastern of Texas, Oklahoma, Arkansas and Louisiana.

The tree’s height depends entirely on the soil. This is because when it is exposed in harsh conditions it rarely reaches 20 feet tall. But when planted in rich river bottom it can get up to 83 feet.

Planting this tree can be done by either layering or air- layering. The roots of the young ones are normally weak and require support from the parent tree. This is why when transplanting it is good to plant beneath the parent tree.

The leaves are normally small at around 2.5 to 5cm long and reddish-purple in color. They have an oblique base and fall later in the year mostly in early winter. The flowers are produced in the late summer but are wind pollinated. The fruit of this tree is small at around 10mm long and matures just after flowering.

Its wood has a shock resistance and is very strong. It is used to make furniture, caskets, fence posts and bee frames. It can also make curved containers like crates and baskets because its fine grain bends well.

There are several birds that like the elm seeds. These include the wild turkey and plain chachalaca. You will discover that the squirrels eat even the buds of this tree.

This tree is affected by Dutch elm disease. It might have a better resistance than the American elm but the fact is that it is not safe from this disease.

Aphids, spider-mites, cotton scale and elm leaf beetle attack it too, but this is after the mistletoe has attacked. Mistletoe is a parasite that affects the vascular system of the tree sucking all the nutrient and water. It leaves the club like branches that create openings which later allow the pests to attack.