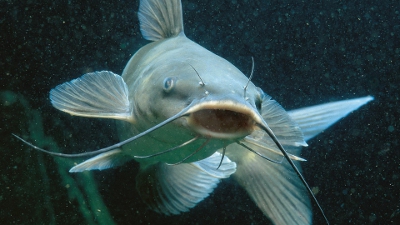 Catfishes belong to the order Siluriformes and are renowned for their barbels which have the appearance of cat whiskers. They range in size from small ones to large ones depending on their species. The Mekong found in Southeast Asia for instance happens to be the largest catfish followed by the wels catfish which is found in Eurasia. It is not every catfish that has the prominent barbel. Other members of the order Siluriformes do not have conspicuous barbels.

Distribution
Catfish are a versatile type of fish because of the fact that they live in almost all continents except the Antarctica. They inhabit coastal and inland waters. The regions with the greatest varieties and number of catfish include South America, Africa and Asia. Europe and North America have two families of catfish that are predominant one in each of these regions. Research has indicated that close to half of all catfish species are found in the Americas.
Catfish can be found both in fresh and salty water. They mostly inhabit shallow and slow running waters in lakes and rivers. Records show that at least 8 of the catfish families live underground with three of them inhabiting caves.

Physical characteristics
Bodies of catfish come in a variety of shapes although many of them have a cylindrical body with a heavy, bony and flattened head. This head allows them to dig in substrates. Catfish can have up to four pairs of whiskers (barbels) located on each side of the mouth. Some of them have chin barbels. In terms of size, most of the catfish have a length of about 12 cm.

In the class catfish, there are varieties such as Flathead catfish, Channel catfish and blue catfish. They feed on so many things including cutbaits, shrimps, crustaceans and other marine organisms. They are usually nocturnal in their feeding habits explaining why most of them are caught at night using manmade fishing baits.

Search the Web for More information on Catfish at LookSeek.com Search