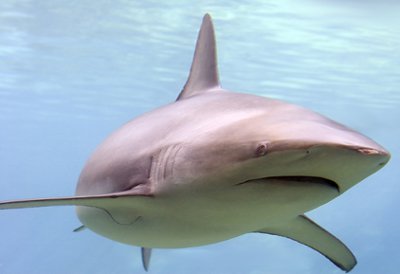 Bronze Whaler shark will grow up to a length of about 10 feet 9 inches (3.3 meters). The Bronze Whaler Shark species doesn’t have any special distinguishing features or marks, however they have a highly recognizable ridge that is right between its dorsal fins and is bronze in color. Their teeth are also quite different compared to the other requiem sharks; they are hook shaped and narrow.

The Bronze Whaler shark doesn’t hunt alone; instead they hunt in large groups this is to their advantage when they are dealing with a large prey.

The Bronze Whaler Shark has been considered an endangered species and fishing them is prohibited.

Despite their massive size and aggressive predatory character, they aren’t deemed to be a threat to the humans. Same as any large predators, Bronze Whaler Sharks get hostile when in presence of food.

They are not very friendly to humans but they don’t harm people unless they are agitated.
There are over 400 types of sharks, Sharks have the most powerful jaws on on earth. Bronze Whaler Sharks jaws, both the upper and lower jaws move. Sharks skin is made of denticles instead of scales like other fish. The denticles are constructed like hard, sharp teeth (tooth-like projection) and this helps to protect the Bronze Whaler Shark from being injury. The Bronze Whaler Shark is carnivores, meaning: an animal that feeds on flesh (Meat). "Scientific name for Shark Selachimorpha"
"Fear of Sharks Selachophobia".

Search the Web for More information on Bronze Whaler Shark at LookSeek.com Search