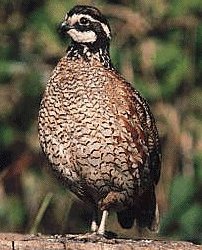 The Bobwhite Quail is a reasonable-sized quail, with the body length that ranges from 9.4 inches to 11.0 inches (24 cm to 28 cm), with the wingspan between 13 inches and 15 inches (33 cm and 38 cm). The body mass of these birds varies according to their dwelling place. For example, Mexican birds have a body mass between 129 grams and 159 grams (4.6 Oz and 5.6 Oz), whereas the Northern birds are somewhat heavier than Mexican birds with the body weight ranges from 170 grams to 173 grams (6.0 Oz to 6.1 Oz), particularly male birds are bigger and heavier than the female ones with the maximum body mass of 255 grams (9.0 oz).

The Bobwhite Quail has the distinctive stout, rounded shape body, with a small, curved, and brown-black colored bill. There is a sexual dimorphism such that male birds have a white color throat and a brown stripe surrounded by black color. The general rufous plumage has gray marking on their wings, white scalloped lines on their flanks, and black color scallops on their whitish underparts, with a gray color tail. Female birds are similar, but they are duller in general and they boast a buff throat and brow, lacking the black color border. Both male and female birds boast light legs and feet.

The Bobwhite Quail mostly prefers to live in overgrown fields, open pine forests, shrubby regions, and grasslands. Croplands are important for providing feeding and loafing areas while, grasslands provide spring and summer nesting cover. Quail feed seasonally on fruits, leafy vegetation, and insects but seeds make up the bulk of their diet throughout most of the year. Prime bobwhite habitat often occurs where there is abundant hedgerows and other dense over story that will provide protection for the bobwhites from raptors. These cover areas can be herbaceous or brushy and quite often researchers have found that quail will often use thickets of hazel, raspberry, and grapevines. Shrubs like dogwood, willow and elderberry are also preferred cover plants.

The Bobwhite Quail feeds mostly on wild berries, waste grain and seeds, complemented with varying quantities of insects. Juveniles are mostly fed with insects pending they attain the age of 6 to 8 weeks. During breeding season, Arthropods contribute 5 % of the diet of the male bird, whereas the female birds eat Arthropods that contributes 20 % of their diet. 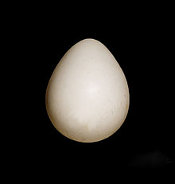 Raising Quail
Incubation: The temperature for bobwhite quail is 99.5°F for forced air incubators and 102°F for still-air incubators. The humidity for bobwhite quail eggs should be about 60% (86° wet bulb) for the first 20 days of incubation. On the last three days the humidity should b raised to about 75% (92° wet bulb). The eggs should be turned at least 3 times per day to prevent the embryonic membranes from sticking to the shell. If you are turning the eggs by hand you should use a soft lead pencil to mark an "x" on one side and an "o" on the other. This will help you make sure all eggs have been turned. Stop turning the eggs 3 days before the eggs are to hatch, for bobwhites that is on day 21 Bobwhites quail can also be induced into laying earlier than normal using artificial light and to have hens produce eggs year round. Newly hatched chicks are covered with natal down, weigh about one-quarter of an ounce, and are not much larger than bumblebees. They are very alert, move around on the ground quite readily, and are flightless for the first two weeks. Chicks are easy to raise in the brooder. They require a high protein diet and lots of room, as they are very active and can be prone to picking if overcrowded. The chicks are kept in a brooder setting for about six weeks, then they are moved to covered, outdoor enclosure. Bobwhite should be fed a good quality game bird ration of at least 16% to 20% protein also supplement with various grains, greens and mealworms.

Search the Web for More information on Bobwhite Quail at LookSeek.com Search