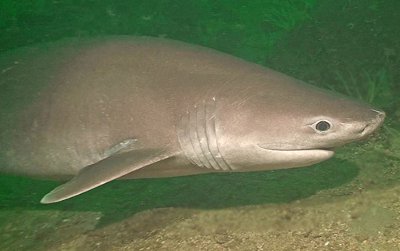 Bluntnose Sixgill Shark is one of the widest ranging sharks in the world. The Sixgill shark occurs on island and continental shelves in tropical and temperate seas across the world. Although its distribution is somewhat patchy in the Atlantic, Pacific, and Indian oceans it is considered to be a highly migratory species.

Bluntnose Sixgill Sharks are strong predators. The adults tend to be very sensitive and they will become distressed when exposed to light. In consideration to such they will prefer to spend their day in dark depths. The Bluntnose Sixgill Shark feed on a large variety of prey items that will be ambushed at close range. Bluntnose sixgill Shark diet includes; rays, skates, sharks also invertebrates such as shrimp, sea cucumber, squids and crabs.