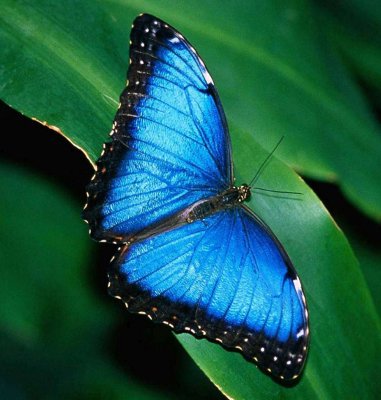 Facts about Blue Butterfly, The Blue Butterfly is a Polyommatus type of butterfly that comes from the Lycaenidae family. These butterflies are largely found in Pala Arctic and in the eastern parts of Canada. In dull climate the Blues Butterfly roosts its head down on the stem of the grass communally during the nighttime, with a number of butterflies rarely found roosting on the similar grass stem.

The Blue Butterfly is the most widespread and the most common butterfly of Britain, in which they are largely found as far as the northern parts of Orkney and on the major parts of the Outer Hebrides. Male Blue Butterfly are often extremely obvious as they protect territories against their rivals and find out the more isolated female butterflies. The female Blue Butterfly is less noticeable, spending most of its time in feeding the nectar, egg-laying and resting.

The Blue Butterfly prefers to live in a range of grassland homes, such as meadows, forest clearings, coastal dunes, and they may also live in several artificial homes, wherever their food plants are found.

The Blue Butterfly mostly feeds on the nectar of wildflowers and excrement and their larvae feed on the leaves of the wild plants.

The Blue Butterfly used to breed twice in a year one in May and June and other in August and September. In a year with an extended warm spell, occasionally they breed for a third time in October.

The caterpillars of the Blue Butterfly are small in size, have a pale green color body, with yellow color stripes. They have usually lycid larvae, somewhat slug-like. Hibernation takes place as a half developed larvae, which are attractive to ants, but not to that extent to some other varieties of blues. Blue Butterfly are insects. A Blue Butterfly is a herbivore; Meaning that as a caterpillar its first food is its own eggshell and than it will eat the leaves of the plant on which it is hatched. When it becomes a Blue Butterfly, it will feed mostly on nectar from flowers, rotting fruit and water with a "proboscis" - a long narrow tube in their mouth that looks like a straw.

Life cycle of a Blue Butterfly comes in four stages, egg, larva "caterpillars", pupa "chrysalis" and adult Butterfly.
A Blue Butterfly will attach its eggs to leaves with a special glue.

When Blue caterpillars become fully grown they will attach to an appropriate leaf or small branch, than they will shed the outside layer of their skin and a hard skin underneath known as a "chrysalis" will be their new look
An adult Blue Butterfly will come out from the "chrysalis" than it waits a few hours for its wings to dry and fill with blood, before it takes its first flight.

Search the Web for More information on Blue Butterfly at LookSeek.com Search