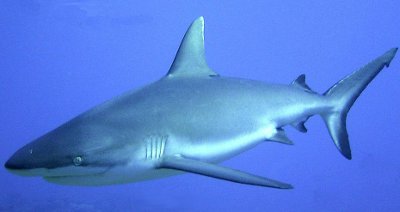 The Black-tip Reef generally prefers warm and shallow water close to the coral reefs in the Indo-Pacific and the Mediterranean Sea with depths of about 20 feet (6 meters). The Blacktip Reef Sharks is a tropical and subtropical fish that is mostly found in the Indian and Atlantic Ocean, including the Eastern and Western Pacific. The Blacktip Reef Shark prefer water temperatures of about 59°F to 75°F (15°C to 23.8 °C), so they mostly thrive in shallow waters or near the surface that have maximum depth of up to 230 feet (70 meters).

Blacktip Reef shark are considered to e very social species and they will be seen in larger groups and with a strong hierarchy.
The Blacktip Reef Shark is believed that a major reason for such group is the fact that they are very shy towards the other predators.

Black-tip Reef sharks are very athletic and energetic hunters. Commonly associated with their spectacular technique of which they catapult their body from the waters and rotate three to four times before they fall back into the water. It is not very clear why the Blacktip Reef Shark exactly do so, but it is often associated with hunting. The Blacktip Reef Shark love hunting small fish example includes the smaller sharks, rays, groupers, herrings and sardines.

Search the Web for More information on Blacktip Reef Shark at LookSeek.com Search