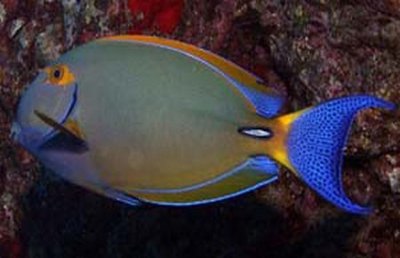 This member of the Acanthuridae family should not be put in a tank with other Tangs and surgeonfish.